A whistleblower involved in Pfizer's phase III COVID-19 'vaccine' trial has come forward to reveal shockingly poor practices in the Texas arm of the study. Her revelations raise wider concerns about data integrity and regulatory oversight, not just in the Pfizer trial but in drug trials across the board.

Brook Jackson, a now-fired regional director at Ventavia Research Group, revealed to The BMJ that 'vaccine' trials at several sites in Texas last year had major problems - including falsified data, breaching of fundamental rules, and slow reporting of adverse reactions.

Ventavia is one of the companies Pfizer contracted to conduct the trial (using commercial contractors is a common practice in modern-day drug trial research). On its website, Ventavia calls itself the largest privately-owned clinical research company in Texas and lists many awards it has won for its contract work.

Ventavia's website claims it was "Established by a vision to create a research company that would provide exceptional services to the clinical trial industry and community." 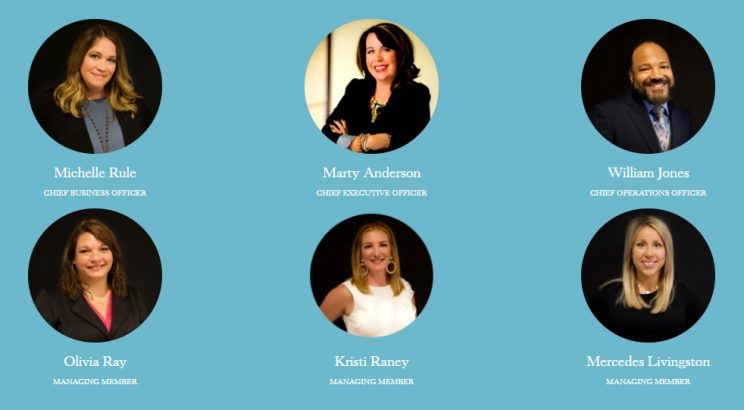 The "Leadership Team" at Ventavia.

But Jackson told The BMJ that, during the two weeks she was employed at Ventavia in September 2020, she repeatedly informed her superiors of poor laboratory management, patient safety concerns, and data integrity issues. Jackson was a trained clinical trial auditor who previously held a director of operations position and came to Ventavia with more than 15 years’ experience in clinical research coordination and management.

Exasperated that Ventavia was ignoring the problems, Jackson documented several of the matters by taking photos on her mobile phone. Ventavia executives later questioned Jackson for taking the photos.

Jackson told The BMJ that the company falsified data, unblinded patients, employed inadequately trained vaccinators, and was slow to follow up on adverse events reported in the pivotal phase III trial. Staff who conducted quality control checks were overwhelmed by the volume of problems they were finding. After repeatedly notifying Ventavia of these problems, Jackson emailed a complaint to the US Food and Drug Administration (FDA).

Jackson has provided The BMJ with dozens of internal company documents, photos, audio recordings, and emails.

One photo, provided to The BMJ, showed needles discarded in a plastic biohazard bag instead of a sharps container box. Another showed 'vaccine' packaging materials with trial participants’ identification numbers written on them left out in the open, potentially unblinding participants.

The unblinding was potentially far more severe as well. Per the trial's design, unblinded staff prepared and administered either Pfizer's Covid-19 'vaccine' or a placebo. This was done to preserve the blinding of trial participants and other staff - including the principal investigator.

At Ventavia, however, Jackson says drug assignments were left in participants' charts and accessible to blinded personnel. The breach was corrected last September, two months into the trial at which point there were around 1,000 participants already enrolled.

Jackson recorded a September 2020 meeting with two Ventavia directors, at which an executive can be heard saying that the company couldn't quantify the types and number of errors with their testing.

"In my mind, it's something new every day," they said, adding "We know that it's significant."

According to the report, Ventavia also failed to keep up with data entry - as a September 2020 email from Pfizer partner ICON reveals.

"The expectation for this study is that all queries are addressed within 24hrs.” ICON then highlighted over 100 outstanding queries older than three days in yellow. Examples included two individuals for which “Subject has reported with Severe symptoms/reactions … Per protocol, subjects experiencing Grade 3 local reactions should be contacted. Please confirm if an UNPLANNED CONTACT was made and update the corresponding form as appropriate.” According to the trial protocol a telephone contact should have occurred “to ascertain further details and determine whether a site visit is clinically indicated.”

Other documents provided to The BMJ reveal that Ventavia officials were worried about three employees . In an email in early August 2020, an executive identified three site staff members with whom they need to "Go over e-diary issue/falsifying data, etc."

One of the employees was "verbally counseled for changing data and not noting late entry," a note reveals.

During the September meeting, Ventavia executives and Jackson discussed the potential for the FDA to show up for an inspection. On former Ventavia employee told The BMJ that the company was petrified over the potential for an FDA audit, and were in fact expecting one over the Pfizer vaccine trial.

They needn't have worried.

"People working in clinical research are terrified of FDA audits," said Jill Fisher, professor of social medicine at the University of North Carolina School of Medicine and author of Medical Research for Hire: The Political Economy of Pharmaceutical Clinical Trials. However, Fisher added, the agency rarely does anything except review paperwork - usually months after a trial is over. "I don’t know why they’re so afraid of them," she added - saying that she was surprised the agency failed to inspect Ventavia following an employee complaint.

"You would think if there’s a specific and credible complaint that they would have to investigate that."

FDA Was Notified - and Did Nothing

Jackson sent a September 25 email to the FDA in which she wrote Ventavia had enrolled over 1,000 participants at three sites, out of the full trial's 44,000 participants across 153 sites which included various academic institutions and commercial companies. Among the concerns she raised were:

Hours later, the the industry-friendly FDA emailed her back, thanking her for her input but notifying her they would not comment on any investigation which may result.

In August of this year, the FDA published a summary of its inspections of Pfizer's phase III trial. They looked at just nine out of the trial's 153 sites, and did not look at any of Ventavia's operations. Further, no inspections were conducted following the December 2020 emergency authorization of the 'vaccine.'

One said she had worked on over four dozen clinical trials in her career, including many large trials, but had never experienced such a “helter skelter” work environment as with Ventavia on Pfizer’s trial.

“I’ve never had to do what they were asking me to do, ever,” she told The BMJ. “It just seemed like something a little different from normal — the things that were allowed and expected.”

She added that during her time at Ventavia the company expected a federal audit but this never came.

After Jackson left the company problems persisted at Ventavia, this employee said. In several cases Ventavia lacked enough employees to swab all trial participants who reported covid-like symptoms, to test for infection. Laboratory confirmed symptomatic covid-19 was the trial’s primary endpoint, the employee noted. (An FDA review memorandum released in August this year states that across the full trial swabs were not taken from 477 people with suspected cases of symptomatic covid-19.)

“I don’t think it was good clean data,” the employee said of the data Ventavia generated for the Pfizer trial. “It’s a crazy mess.”

The second employee told The BMJ that working at Ventavia was unlike any environment she had experienced in 20 years of research.

Since her firing, Jackson has reconnected with several Ventavia employees who either left or were fired themselves. One of them sent her a text message, which reads "everything that you complained about was spot on."

Meanwhile, since Jackson reported issues with Ventavia to the FDA in September 2020, Pfizer has contracted with the company for four other vaccine clinical trials. 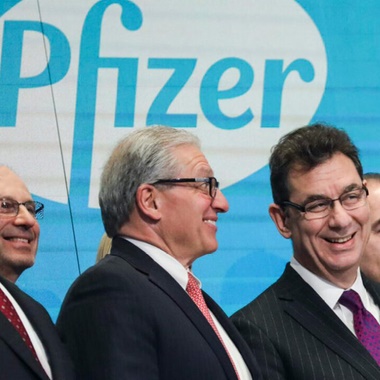 Albert Bourla (right) and his buddies at Pfizer: Laughing all the way to the bank.

The FDA has a long, long history of looking the other way while drug companies run amok.

In one example CIRCARE and the US consumer advocacy organisations Public Citizen and Citizens for Responsible Care and Research Incorporated (CIRCARE), along with dozens of public health experts, filed a detailed complaint in July 2018 with the FDA about a clinical trial that failed to comply with regulations for the protection of human participants. It wasn't until nine months later, in April 2019, that an FDA investigator inspected the clinical site. Thirteen months later, in May this year, the FDA finally sent the triallist a warning letter that substantiated many of the claims in the complaints. It said, “[I]t appears that you did not adhere to the applicable statutory requirements and FDA regulations governing the conduct of clinical investigations and the protection of human subjects.”

The Vaxxxines are Based on Garbage Research

We have been assured ad nauseum that the vaxxxines have been Thoroughly Tested!™ and proven Safe and Effective!™  As I've repeatedly detailed on this site, both claims are egregious lies.

All the vaxxxines were rushed into "emergency use" based on absurdly short trial durations; The Pfizer and Moderna trials were not truly blinded; the trials contained numerous anomalies; and close scrutiny of the data shows the vaccines were not effective but essentially useless. They did absolutely nothing to prevent deaths and the Pfizer trial in fact found a higher rate of deaths in the vaxxxine group, an inconvenient little tidbit the mainstream parrots don't seem at all keen to discuss.

The true picture is very likely even worse.

We now have a whistleblower from a major research contract organization revealing that conduct of the Texas arm was a complete shitshow. Given the FDA's lack of oversight and Pfizer's complete lack of ethics and morals, there is no reason to assume the same kind of behaviour isn't occurring at other research centres in the trial.