Back in April 2012, I excitedly reported my experiences with the ISM Adamo, an innovative bicycle saddle that features a unique, two-pronged nose that provides immense relief to a man's manly bits. You can read my initial review here:

As you can see, I was pretty excited about discovering the Adamo. I proceeded to put one on every bike I owned - even my stationary bike.

I still think the Adamo is a terrific innovation, and there are lots of others who clearly agree. Over at Amazon, for example, the Adamo Road has notched up an impressive 4.5 out of 5 stars rating from some 70 customer reviews.

Nonetheless, I believe I've found something even better.

Before I reveal all, I want to share with readers the events that led me to that precious find.

The ISM Adamo vs My Narky Knee

My right knee can be a bit finnicky, and one of the things it doesn't like is a wide Q-factor. Riding mountain bikes, for example, causes my knee to quickly flare up because of the wide Q-factor their cranks typically possess.

Of those people who find the ISM Adamo doesn't work for them, the most common complaint is that the wide nose section causes chaffing on the inside of their upper thighs. I never experienced this problem which I found curious because, while I hardly sport legs like Tom Platz, my upper and inner thighs do tend to be larger than those of most road cyclists (regrettably, most road cyclists don't squat, deadlift, lunge, or hit the glute-ham-raise machine on a regular basis - this article explains why they should start doing so, and pronto). 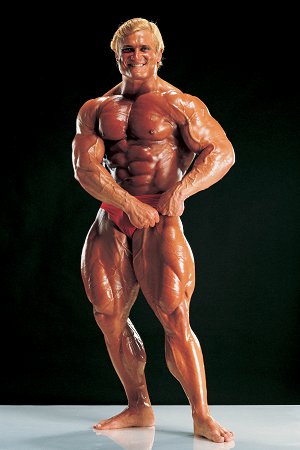 What instead happened was that, after fixing the Adamo to my bike, I instinctively started flaring my knees out a little wider while on the bike to accommodate the saddle's wide nose. It was a subtle change, but enough to eventually start causing my knee grief. First a little grief, then a whole lot of grief. Eventually I put two and two together and realized the wide-nosed Adamo was forcing my knees apart.

And so I pulled the Adamo off my road bike, put a narrower conventional saddle back on, and went for a ride.

Which was a relief, but I was back where I started. Bugger.

Thankfully, it wasn't long before I found a very worthy replacement that solved the problem.

The Cobb V-Flow Plus Saddle

Ironically, that solution came from the same man who played a key role in the design of the Adamo: John Cobb.

After assisting in the design of the Adamo, Cobb ventured off and started producing his own saddles. I was aware of these when I bought the Adamo but, to be honest, I couldn't help but wonder if they were simply a second-best option to the already patented Adamo design.

I couldn't have been more wrong. After buying and using Cobb's V-Flow Plus model, I quickly realized that - at least for yours truly - this saddle was in no way an inferior substitute. Exactly the opposite - it was superior.

In my search for an Adamo replacement, I'd actually purchased two Cobb saddles; the V-Flow "Max" and the V-Flow "Plus". Upon receiving the V-Flow Max, I pulled out a tape measure and, to my dismay, saw that its nose section was similar in width to the Adamo. Well, that wasn't going to work, so I promptly flipped the saddle on eBay, then turned my attention to the Plus model. The tape measure showed that, while the nose was wider than a conventional road saddle, it was significantly narrower than all of the Adamo models I had in my possession (at that point, my Adamo collection included the Road, Racing 2, Podium and Peleton models, all since sold to hopefully-satisfied owners). 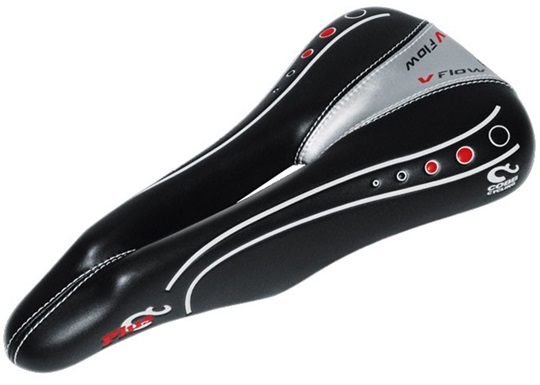 And so I attached the V-Flow Plus to my bike and tentatively started riding, wondering if the still-slightly-wider-than-normal width of the saddle's nose would aggravate my knee.

It didn't. My knee was just fine.

That in itself was a rather delightful revelation, but I promptly noticed something else about the saddle that was of a most awesome nature: It was ridiculously comfortable.

The ISM Adamo was designed to take the pressure off your "soft bits", and transfer them to your ischial tuberosities, commonly referred to as your "sit bones" (these are the bits of your anatomy that start aching when you sit on a hard wooden chair for too long).

I certainly noticed this transfer of pressure when using the Adamo. I could feel my sit bones when I used the saddle, but the sheer relief of no longer having my testosterone factories smashed for hours on end combined with the adaptive effect of repeated exposure meant that I just learned to live with it. Hey, what's a little pressure on your ischial tuberosities if it means your family jewels are at last getting the VIP treatment they so rightly deserve?

But when I used the Cobb V-Flow Plus, I was amazed at how damn comfortable the thing was. No pain in the soft bits, but no discomforting pressure on the hard bits either. I'm not exaggerating when I say that, so far, this is easily the most comfortable bike saddle I've ever used. For what it's worth, I have a mate who's put one on his road rig and he maintains exactly the same sentiment. This is about as close as you can come to hitching a comfy sofa to your seatpost.

Obviously, saddle fit is a highly individual affair. But based on my direct experiences with the ISM Adamo and V-Flow Plus saddles, I would have to recommend the latter as the first stop for someone who needs a junk-friendly saddle and wants to avoid any potential thigh-chaffing or knee issues that could arise from the wide-nosed design of the Adamo. The V-Flow Plus, I must reiterate, is also remarkably comfortable.

I must also emphasize that my favourable appraisal applies only to the V-Flow Plus model. I have not used any of the other Cobb saddles and therefore cannot offer any informed comment. As noted, the wide measurements of the V-Flow Max would very likely have proved problematic for me. I notice Cobb has a new saddle out called the Gen 2 which looks rather promising; if a bargain-priced offering comes my way then I'll definitely grab it and give it a whirl.

The only downside to the V-Flow Plus is the same one I initially pointed out for the Adamo: Weight.

I'm something of a weight weenie and like to build my bikes up as light as possible (something that comes in very handy when I have 10-15 kilograms of extra beef to haul uphill compared to most of my race-conditioned cycling accomplices). While lighter than most of the Adamo line-up, the V-Flow Plus still comes in around 100 grams heavier than most lightweight road saddles.

Again, a 100-gram weight penalty is a pretty small price to pay for healthy, non-battered cahunas, but if I can have the best of both worlds then I'm going for it. To this end, I've acquired three variations of the Selle SMP saddle: the Composit (around 220 grams on my scales, from memory), the steel-railed carbon model (165 grams), and a carbon-railed version that weighs a piddling 123 grams. Apart from their weights, I can't tell you much else as I've not yet had a chance to use them. I have some new road rigs currently being built up and hope to have them ready and fitted with the SMPs before summer rolls around. Once I've logged enough miles on each saddle to give an informed review, I'll post one on this here website.

In the meantime, if you've been slapped with a reprimand from the UCI (Union Cajones Internationale) and need to do something about it pronto then, at time of writing, Amazon has both the black

versions of the Cobb V-Flow Plus in stock.

Note: The author has no relationship with ISM, John Cobb or Selle and has received no remuneration for this review. All saddles mentioned in this review were purchased at the author's expense.