It sounds like a classified CIA project, but in fact it's an anti-depressant study conducted back in the late 1990s. The results of this drug company-funded trial were published in 2001, and have been widely cited in support of the popular drug Paxil.

Recently, "RIAT" researchers from the US, UK, Canada and South Australia dug up the results of Study 329 and subjected them to some good old-fashioned, non-drug company-funded scrutiny.

And what they found was very, very worrying.

In 2013, in response to rampant selective reporting of outcomes of randomized controlled trials (RCTs), an international group of researchers called on funders and investigators of abandoned (unpublished) or misreported trials to publish undisclosed outcomes or correct misleading publications. This initiative was called “restoring invisible and abandoned trials” (RIAT) and, not surprisingly, BigPharma wasn't exactly thrilled by the proposal.

Study 329 was funded by SmithKline Beecham, SKB (subsequently GlaxoSmithKline, GSK). This double blinded RCT compared the efficacy and safety of paroxetine and imipramine with placebo for adolescents diagnosed with major depression, and was reported in the Journal of the American Academy of Child and Adolescent Psychiatry in 2001 with Martin Keller as the primary author.

The RIAT researchers identified Study 329 as an example of a misreported trial in need of restoration. The article by Keller and colleagues, which was largely ghostwritten, claimed efficacy and safety for paroxetine (commonly sold as "Paxil") that was at odds with the data. As the RIAT researchers noted, "This is problematic because the article has been influential in the literature supporting the use of antidepressants in adolescents".

On 14 June 2013, the RIAT researchers asked GSK whether it had any intention to restore any of the trials it sponsored, including Study 329. GSK did not signal any intent to publish a corrected version of any of its trials. In later correspondence, GSK stated that the study by Keller and colleagues “accurately reflects the honestly-held views of the clinical investigator authors” and that GSK did “not agree that the article is false, fraudulent or misleading.”

As you're about to learn, what GSK claimed in its carefully worded correspondence and what the data actually showed are worlds apart. 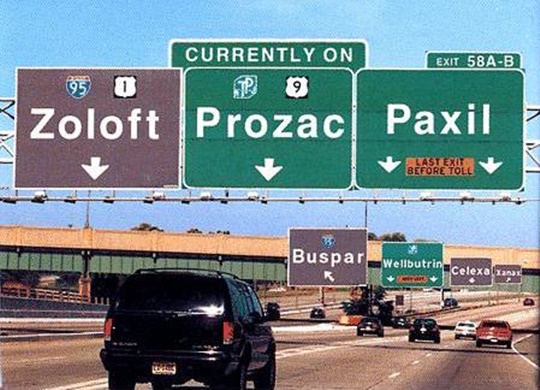 Getting Hold of the Data for Reanalysis

The RIAT researchers used the clinical study report (SKB’s “final clinical report”),  publicly available on the GSK website, other publically available documents, and the individual participant data accessed through SAS Solutions OnDemand website, on which GSK subsequently also posted some Study 329 documents (available only to users approved by GSK). After negotiation, GSK made available all 275 case report forms for patients entered into Study 329. These forms, however, which totalled about 77 000 pages, were available only through a remote desktop facility (SAS Solutions OnDemand Secure Portal) which, according to the researchers, "made it difficult and extremely time consuming to inspect the records properly."

The original study recruited 275 adolescents aged 12-18 who met DSM criteria for a current episode of major depression of at least eight weeks’ duration.

Patients were instructed to take their assigned drug twice daily. Over the first four weeks, all patients were titrated up to 20 mg paroxetine or 200 mg imipramine, regardless of response. Over the following four weeks, non-responders (those failing to reach responder criteria) could be titrated up to a maximum of 60 mg paroxetine and 300 mg imipramine.

Paroxetine and imipramine were no more effective than a placebo pill in treating adolescent depression.

Paroxetine proved itself to be more than just useless, however. As you can see from Table 7 of the RIAT paper, published in BMJ on September 16, there was a far higher incidence of adverse affects in the paroxetine and imipramine groups compared to placebo (70, 50 and 26 adverse events, respectively):

And as Table 6 from the paper shows, there was a major difference between the frequency of self-harm, suicidal thinking and suicide events reported by Keller et al, in SKB's clinical study report, and that uncovered by the RIAT team:

This presents a far different picture to the rosy one painted by Keller et al, who concluded in their 2001 paper that "Paroxetine is generally well tolerated and effective for major depression in adolescents."

This kind of duplicitous carry-on is in no way limited to Study 329. As the RIAT researchers point out, "Our findings are consistent with those of other studies, including a recent examination of 142 studies of six psychotropic drugs for which journal articles and clinical trial summaries were both available. Most deaths (94/151, 62%) and suicides (8/15, 53%) reported in trial summaries were not reported in journal articles. Only one of nine suicides in olanzapine trials was reported in published papers."

"Contrary to the original report by Keller and colleagues, our reanalysis of Study 329 showed no advantage of paroxetine or imipramine over placebo in adolescents with symptoms of depression on any of the prespecified variables. The extent of the clinically significant increases in adverse events in the paroxetine and imipramine arms, including serious, severe, and suicide related adverse events, became apparent only when the data were made available for reanalysis. Researchers and clinicians should recognise the potential biases in published research, including the potential barriers to accurate reporting of harms that we have identified. Regulatory authorities should mandate accessibility of data and protocols.

As with most scientific papers, Keller and colleagues convey an impression that “the data have spoken.” This authoritative stance is possible only in the absence of access to the data. When the data become accessible to others, it becomes clear that scientific authorship is provisional rather than authoritative."

One of the RIAT authors, Professor Jon Jureidini from the University of Adelaide in South Australia, told The New Daily his research provided further evidence that doctors and patients must be more cautious of the drugs used to treat depression.

One of the sad realities about the modern day healthcare system is that it is effectively owned by drug companies. They directly fund a large proportion of health research, and employ a vast array of tactics to paint the most favourable - and often downright misleading - portraits of their products.

Despite all the current talk of "evidence-based practice", the overwhelming majority of doctors simply have not been trained to critically analyze and verify the scientific veracity of drug company claims. Instead, they rely on drug company sales representatives as their primary source of information about new drugs, and are readily influenced by what these reps tell them.