Along with carb-paranoia and veganism, one of the more popular diet trends in recent times is "intermittent fasting" (IF). Long time readers will know the concept leaves me cold; the research to back all the lavish claims made for IF simply doesn't exist. More research has emerged indicating IF is not all it's cracked up to be, in the form of a recent randomized clinical trial that studied the effect of IF in middle-aged participants.

Before I share the results, it's worth pointing out there are numerous iterations of IF. One version common during the early days of the IF hoopla was fasting all day then gorging at night, a strategy popularized by former Penthouse writer Ori Hofmekler in his book The Warrior Diet. Hofmekler recommended a 4-hour window each night where you ate enough food to satiate a whale, followed by 20 hours of fasting.

Another IF incarnation is eating ad libitum one day, then completely fasting the next ("every other day fasting").

Yet another version - the one examined in this new study - is the so-called “8-hour window” strategy. One especially vocal promoter of this system is an individual by the name of Martin Berkhan, who launched into a hysterical, expletive-laden rant on a bodybuilding chat forum several years ago after I had the temerity to post an Internet article critical of the IF hyperbole.

At his website leangains.com, a somewhat less apoplectic Berkhan wrote:

"My general position on the fasted phase is that it should last through the night and during the morning hours. Ideally the fast should then be broken at noon or shortly thereafter if you arise at 6-7 AM like most people. Afternoons and evenings are usually spent in the fed state."

When I was a young whippersnapper, this approach was called “skipping breakfast” - and parents studiously warned their kids against it. But in a credit to the marketing ingenuity of the diet faddistas, forsaking “the most important meal of the day” is now a trendy, high-tech diet strategy. What was once a sign of poor organization and an unhealthy disregard for sound eating patterns is now being dressed up as a 'targeted' and 'precision" approach to nutrition.

This new study was a randomized clinical trial conducted under free-living conditions and lasting 12 weeks. Initially, 141 participants were enrolled in the study, but after attrition data was available for 116 participants. The mean age of the subjects was 46.5 years, their mean baseline weight was 99.2 kg and 60.3% were male.

The participants were randomized to one of 2 interventions. One group was told to eat three meals per day. Snacking between meals was permitted. I'll call this the "regular diet" group.

The other group was told to eat ad libitum (without restriction) from noon until 8:00 PM and completely abstain from caloric intake from 8:00 PM until noon the following day (16 hours fast: 8 hours eat). Only noncaloric beverages were permitted outside of the eating window. The researchers dubbed this the "Time-Restricted Eating (TRE)" dietary pattern. Because I prefer to call a spade a spade, I'm going to refer to it from this point on as the "Skipping Breakfast" pattern.

Self-reported adherence to the diets was 92.1% in the regular group (did not miss any meals) and 83.50% in the Skipping Breakfast group (ate only within the 8-hour window).

At 8 weeks, the Skipping Breakfast group lost −0.94 kg, compared to -0.68 kg in the regular diet group. In itself, such a piddling difference hardly justifies all the hype awarded to IF over the years, but there's more.

A subset of 46 subjects who lived within 60 miles of the University of California, San Francisco agreed to have more extensive metabolic testing performed on themselves. This included a raft of blood work and body composition measurements, which showed how much of the weight loss came from fat and how much was derived from lean mass.

Among this group, weight loss was also greater, just as it was in the group overall. Dual-energy X-ray absorptiometry (DXA) showed a total body mass loss of 1.7 kg in the Skipping Breakfast group versus 0.36 kg in the regular group. But the loss of all-important lean mass was also greater in the Skipping Breakfast group: 1.1 kg versus 0.35 kg in the regular diet group. When considered in terms of kg/m2, the difference in lean mass losses was statistically significant.

There was no significant change in resting metabolic rate (RMR) in either group, ruling out the existence of a mythical metabolic advantage for Skipping Breakfast.

In addition to extravagant fat loss and muscle growth claims, IF has also been incessantly pimped as a heath-improving, life-extending diet strategy, but there was nothing in this study to even suggest the Skipping Breakfast variant of IF improves your health compared to a regular eating pattern. There were no significant within-group or between-group differences in fasting glucose, fasting insulin, HOMA-IR, HbA1C or triglycerides. A raft of other blood markers also showed no difference between groups.

What this study showed then, was that instructing people to follow a Skipping Breakfast IF diet produced slightly greater weight loss but also a greater lean mass loss, and no change in key blood markers.

Researcher Stops IF After Viewing Results

Ethan Weiss is one of the study's co-authors and a cardiologist at the University of California, San Francisco. Prior to tabulating the results, Weiss practiced the "16:8" version of IF for seven years. After analyzing the above-mentioned results, he stopped.

"No matter how you look at it, time-restricted eating resulted in very modest weight loss," Weiss told Inverse.com. "It did not offer any other metabolic advantage. And then there was the concerning signal over the loss of lean mass."

Ethan should be congratulated for being able to impartially view the data as it was. After following a highly-hyped diet strategy for seven years, many researchers would have been too emotionally and ideologically vested to view the facts impartially. They would have instead opted to spin the results to suit their pre-existing bias (I won't name names, but this phenomenon is rampant among low-carb and 'plant-based' researchers).

Skipping Breakfast versus Your Anabolic Hormones

The extensive blood work performed in Weiss' study unfortunately did not examine changes in anabolic hormones like testosterone. But a previous Skipping Breakfast IF study by Italian researchers, published in 2016, did. And it also detected changes that suggest IF might be problematic over the longer term.

That eight-week study had an eating window of 1pm to 8pm. The male subjects had a mean age of 29 and also performed a standardized thrice-weekly weight training program during the study.

At 8 weeks, the Skipping Breakfast group lost 1.62 kilograms, while the normal diet group lost 0.31 kilograms. The difference was not due to any of the magical, mystical properties claimed for IF by its overly excitable promoters; the responsible factor was simply good old calorie reduction. Throughout the eight week study, the Skipping Breakfast group reported consuming 175 less calories per day than the normal diet group, despite the fact both groups were virtually identical in height, weight, body fat and lean mass at baseline.

As with the Weiss study, the rest of the results further belie the exorbitant claims made for the Skipping Breakfast system and IF in general. No differences were seen in muscle growth, maximal strength gains or most of the biochemical markers that were examined.

There were, however, a couple of markers that did change markedly in the Skipping Breakfast group – and not for the better. Total testosterone, for example, underwent a worrying decline in the IF group. At the start of the study, blood levels of the big T averaged 21.26 nmol/L in the Skipping breakfast subjects, but by 8 weeks they’d sunk to 16.86 nmol/L. In the normal diet group, testosterone levels remained essentially unchanged: 18.60 nmol/L at baseline, and 18.85 nmol/L at eight weeks.

Levels of another important anabolic hormone, IGF-1, dropped by 13% in the IF group, while remaining unchanged in the normal diet group.

Levels of the key thyroid hormone T3 also decreased in the IF group - something routinely seen with low-carb diets, even at eucaloric intakes. In the regular diet group, however, T3 levels remained unchanged.

The IF group experienced an increase in cortisol levels, while the normal diet group experienced a decrease. The differences did not reach statistical significance, but the trend of the differences indicates the Skipping Breakfast IF regimen was creating a catabolic environment. Something that, over the longer term, would be antagonistic to both good health and muscle gain/preservation.

At least one online commentator attributed the drop in testosterone to the IF group’s lower caloric intake. Indeed, large calorie reductions have been shown to reduce testosterone levels in controlled studies, but 175 calories is hardly a marked calorie cut in anyone’s book. Heck, after eight weeks it produced a mere 1.62 kilograms of fat loss; on an intelligently designed fat loss program, you can easily lose that amount of fat in a fortnight.

So what else could explain the unusually large drop in testosterone?

I strongly suspect the culprit is a characteristic inherent in all intermittent fasting regimens, a characteristic I generally advise people to avoid at all costs. Namely, excessively long periods between meals.

Why is this a problem? Because excessively long periods without caloric intake are perceived by the body as a stressor. Your blood sugar drops to low levels, and your body starts sending you messages like, "Oi, Dumbo! Eat some food, for chrissakes!"

Okay, so the messages don't really sound like that. They'll more likely manifest in the form of hunger pangs, cravings, grumpiness, brain fog and constant thoughts about food. Instead of daydreaming about being shipwrecked on a tropical island with a bunch of Latin-American beauty queens, you start dreaming about cannoli. And tartufo. And tiramisu. Instead of concentrating on your work, you do Google image searches for "french vanilla cheesecake." As the drool runs from your mouth and drips onto your desk below, the new girl in the office looks over and asks everyone, "what's wrong with that guy?"

"Oh, that's Danny. Don't worry about him, he's been intermittent fasting for the last eight weeks!" 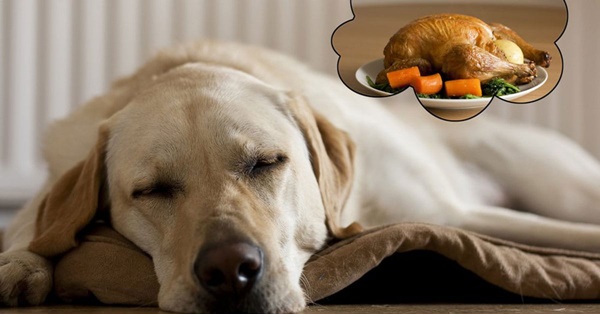 You see, when you, me and Danny wake up in the morning, our cortisol levels are (or should be) temporarily elevated. The body deliberately prompts this spike in cortisol in order to increase blood sugar levels, which have fallen during the overnight ‘fasting’ phase known as ... sleep.

Low blood sugar levels aren’t a big problem when you’re lying comatose and snoring away in bed, but once you get up and start moving around you need to raise them to normal in order to become fully coherent and physically active. Hence the temporary spike in cortisol and accompanying temporary rise in blood sugar levels. I’ve emphasized the word “temporary” because it’s important to realize the body can’t keep cortisol and blood glucose propped up all day in this manner. It’s simply a stop-gap measure that evolved over the eons, one designed to buy us some time while we drag ourselves out of bed, yawn, rub our eyes, and go find some food.

If you don’t eat in reasonably short order, then a number of undesirable things can happen. One is that blood sugar levels will resume their downward slide. And as they go down, cortisol levels go back up as your body perceives some kind of emergency food shortage scenario. Testosterone and cortisol exist in an antagonistic relationship. High levels of cortisol suppress testosterone, and vice versa.

The evidence to date for IF, including the Skipping Breakfast variant that is dressed up as "16:8 Time Restricted Eating," is underwhelming. The research has failed to back any of the health claims, and in fact suggests that these diets result in greater catabolism and lean mass losses.