The first COVID 'vaccine' to be approved in the West was the Pfizer-BioNTech mRNA drug. In September last year, as Pfizer was getting ready to roll out the vaccine, Pfizer CEO Albert Bourla said those who refuse to take a coronavirus vaccine will be the "weak link" which will allow the virus to spread again. In his statement, Bourla said those who choose not to get vaccinated will not only affect their own lives, but the lives of others as well.

Of course he would say that, because his company is expecting to rake in an extra $15 billion in 2021 thanks to the vaccine.

But when a CNBC anchor asked Bourla in a 14 December 2020 interview whether he had taken his company's newly-released vaccine, the answer was no.

Bourla offered the most unconvincing excuse that he and other Pfizer executives will not "cut the line" to receive the company's COVID-19 vaccine. He also proffered that he was 59 years old and in good health. 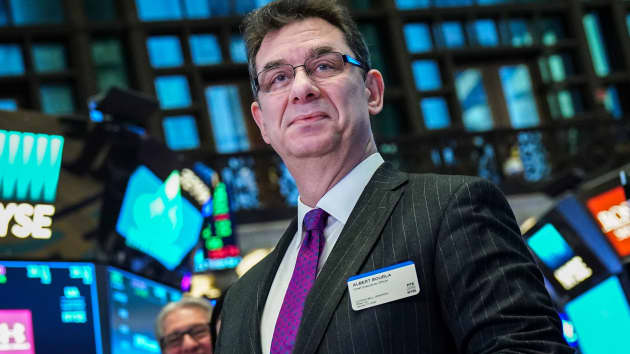 On 18 December, only a few days after offering his lame excuses, Bourla boasted on Twitter, "Pfizer is not having any production issues with our COVID-19 vaccine, and no shipments containing the vaccine are on hold or delayed."

"We have millions more doses sitting in our warehouse but, as of now, we have not received any shipment instructions for additional doses," Pfizer said in a statement. 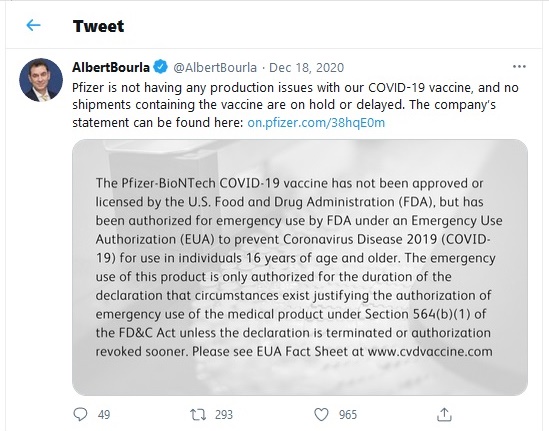 So there are millions of vials of the Pfizer-BioNTech sitting around just waiting for arms to be injected into, but the company won't spare a mere two tiny vials for its own CEO?

What an utter load of rot.

As for Bourla's insistence he is only 59 and in good health, what about people who are younger and in even better health? Why are they suddenly the "weak link"? Why is it okay for Bourla to forgo having the jab, but irresponsible of younger, healthier folks not to have his poorly-tested vaccine?

Bourla audaciously told CNBC's SqawkBox, “This is a vaccine that was developed without cutting corners from a company with 171 years of credentials.”

He's talking about the same drug that was released to market despite the fact its Phase 3 clinical trial had only recently begun. As I explained in detail in a recent post, the published study used to justify the hasty release of the drug was based on a mere initial two months' data from a trial whose primary endpoint phase extends for over a year, and whose secondary endpoint phase is scheduled to finish in September 2023.

As for Pfizer's credentials, they are certainly nothing to boast about. As I also elucidated in my recent post, the company is an indisputable corporate felon. In the last two decades alone, Pfizer has racked up over $3 billion worth of penalties for dishonesty offenses that include false marketing, fraud and bribery.

Gates, his wife and their foundation seem to be possessed with an almost religious "vaccines for everyone!" fervor. But their zeal suddenly dissipates when it comes to the prospect of themselves being injected with the new batch of COVID vaccines. Which is rather curious, because not only are they incessant vaccine shills, but they are heavily invested in all the major COVID vaccine projects.

When asked what they were waiting for, the Gates promptly resorted to the same intelligence-insulting invisible line-up excuse used by Bourla.

Bridgitt Arnold, a Gates family spokesperson, told USA TODAY that Gates, his wife, Melinda, and their family plan to be vaccinated against COVID-19 "when it is their turn to do so." Gates made a similar statement in an interview with Savannah Guthrie on NBC's Today, when she asked whether he would personally take the first vaccine offered to him.

"Whatever my place in line rightly is, I will immediately step up and take the vaccine," he told Guthrie.

Let's cut the bullshit. We all know billionaires never wait in line for anything. They get what they want, when they want. But all of a sudden, one of the world's richest men insists he and his family must take their place in an invisible, non-existent line, like a string of twenty-somethings queued up outside a nightclub.

When people started to rightfully criticize the blatant hypocrisy of Bourla and Gates, self-appointed 'fact check' outlet USA TODAY quickly stepped in to try and defend its obscenely rich heroes.

USA TODAY disingenuously conducted its 'fact check" and declared "We rate the claim that Bill Gates and Pfizer CEO Albert Bourla won't take the COVID-19 vaccine as FALSE because it was not supported by our research."

What did USA TODAY's "research" consist of? Repeating statements by Bourla and the Gates insisting they would take the COVID vaccine when it was their turn. You know, when they finally made their way along the invisible line-up to the front door of that big imaginary vaccine club, with "Studio 54" blazing in all its neon glory above the door and a sign declaring "Free Vaccines Before 10pm!"

Obviously, what Gates and Bourla claim they will do in the future is a matter of pure speculation. It is not something that can be subject to a "fact check" because any dimwit can insist they will do something in the future - only time will tell if they follow through. For example, one day I fully intend to wrestle a crocodile, jump the Grand Canyon on a BMX bike, and challenge the superhuman Alex Honnold to a death-defying free solo race up the side of the 3,000 foot El Capitan.

But only when it's my turn, of course. After all, I don't want to cut the long, long line of people who are clamoring to do these things also! 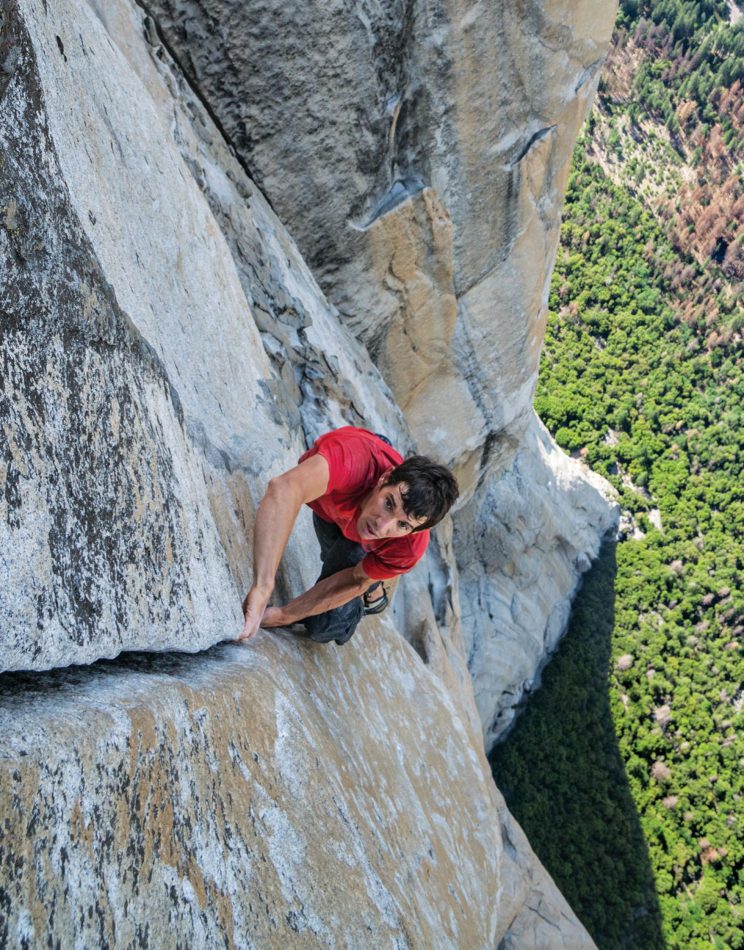 There are not enough glowing superlatives to do Alex Honnold and his death-defying climbs justice.

So What's the Real Reason Bourla and the Gates are Reluctant to Receive a COVID Vaccine?

Of the three COVID 'vaccines' now available in the West, only the Oxford-AstraZeneca drug is really a vaccine. You see, until COVIDidiocy came along, the term "vaccine" referred to a drug that exposed you to a dead or weakened strain of a target virus in order to trigger the production of antibodies.

This is not how the Pfizer-BioNTech and Moderna drugs work. Instead, they are gene-altering therapies that insert lab-made messenger RNA into your cells. This synthetic mRNA then instructs your cells to produce a protein similar to that of the spike protein found on the exterior of a COVID-19 molecule. Your cells then eject this protein. Once outside the cells, it triggers the production of COVID-19 antibodies.

It's an approach that has never been used before outside of (often problematic) clinical trials. The long term effects of this strategy remain unknown, and at present there is no valid clinical trial evidence the mRNA drugs can save even a single life.

To the contrary, we have a mounting body count involving people who died shortly after taking these drugs. As of this writing, the Pfizer-BioNTech and Moderna drugs are the only COVID 'vaccines' approved in the US. Between the two of them, they've racked up 288 death reports on the VAERS reporting system from their December rollout through to 21 January 2021 in the US and its territories.

Both of these dubious drugs have also enjoyed "emergency use" approval in the UK, along with the Oxford-AstraZeneca vaccine. As of 24 January 2021, there have been 22,820 adverse events reported for COVID-19 vaccines on the UK's MHRA Yellow Card reporting system; 16,756 of these were for the Pfizer-BioNTech vaccine, 6,014 for the Oxford-AstraZeneca vaccine, and 50 for unspecified brand/s.

When it comes to deaths, during the same period the MHRA received 107 reports for the Pfizer/BioNTech vaccine in which the patient died shortly after vaccination, 34 reports for the Oxford-AstraZeneca vaccine and 2 where the brand was unspecified.

Based on the current available evidence, these drugs offer a highly unattractive risk:reward ratio. Their long-term effects are unknown, and they have not been properly tested among trial populations that reflect real world conditions. The mRNA drugs in particular use relatively new, incompletely tested technology that has a problematic history. In fact, prior to the mad scramble to bring COVID vaccines to market, no mRNA drug had ever been licensed for human use.

And in the short time these drugs have been on the market, they have already racked up an alarming volume of adverse events and deaths that occurred soon after vaccine administration. And that's using voluntary reporting systems, which capture only a small portion of actual events.

And then there's the inconvenient little matter that the COVID-19 'pandemic' is an absurdly over-hyped sham, for which repeated studies show an infection fatality rate of 0.5% or less.

I'm guessing these are the real reasons Bourla and Gates aren't exactly tripping over themselves to get injected with any of their new vaccines.