A recent paper by researchers from Massachusetts Department of Public Health and the CDC's so-called "COVID-19 Response Team" reports that "following multiple large public events in a Barnstable County, Massachusetts, town, 469 COVID-19 cases were identified among Massachusetts residents who had traveled to the town during July 3–17."

You might think the majority of these cases were in 'unvaccinated' people. After all, authorities and their media lackeys have incessantly pimped the new pseudo-vaccines as the best protection against COVID-19, bandying about impressive (and completely false) efficacy rates of up to 95%.

But as I have explained time and time again, these claims are egregious lies. Not only do the vaxxxines not work, they are extremely harmful.

Wherever there has been a vaxxxine rollout, there has inevitably been a spike in COVID-19 case numbers.

And so it is in Massachusetts.

74% (346) of the cases detected after the summer festivities occurred in fully vaxxxinated people.

Testing allegedly identified the overblown Delta variant in 90% of specimens from 133 patients. Cycle threshold (Ct) values were similar among specimens from patients who were fully vaxxxinated and those who were not.

Vaxxxines Won't Save You From Your Biggest Threat: The Government

By 19 July 2021, 61.7% (4,303,342) of the Massachusetts population had been fully vaxxxinated. This means fully vaxxxinated people were over-represented in the case count. This is yet more evidence showing that not only are the vaxxxines useless, but counterproductive for preventing COVID-19 or whatever virus these people were allegedly infected with (it is clear many influenza and pneumonia cases have been rebranded as COVID-19).

But it doesn't end there.

The researchers used the recent outbreak as an excuse to call for for more idiotic restrictions, "including universal masking in indoor public settings, particularly for large public gatherings that include travelers from many areas with differing levels of SARS-CoV-2 transmission."

Masking has not only repeatedly proved itself useless, but harmful. Human beings were never meant to rebreathe stale, exhaled CO2 from a small receptacle strapped to the front of their face. Human beings evolved to exhale CO2, and inhale fresh oxygen-rich air. This is elementary-level physiology, folks.

None other than the CDC COVID-19 Response Team itself admitted in a September 2020 paper that 70% of study participants who contracted COVID-19 during July 2020 "always" wore a mask. Of those diagnosed with COVID-19, 92.2% reported wearing a mask "Always," "Often" or "Sometimes." The corresponding figure in those free of COVID-19 was 93.1%. In other words, masks made no difference whatsoever.

In September 2020, the WHO Infection Prevention and Control Expert Group for COVID-19 stated: "Based on the scientific evidence accumulated to date, our view is that SARS-CoV-2 is not spread by the airborne route to any significant extent" (lest you think I'm making this up or misquoting them, feel free to read their report for yourself).

But even if COVID-19 is spread significantly via sinister "aerosols" and airborne "droplets," mask-wearing is little more than a virtue-signaling wank. Even N95 masks, the medical-grade coverings typically used in hospital and 'high-risk' settings, are of questionable benefit. N95 respirators are so named because 95% of particles with a diameter of 0.3 microns are filtered by the mask. Coronaviruses are approximately 0.125 microns in diameter.

As one might expect, the so-called 'fact check' (propaganda) websites were quick to attack this observation. However, an extensive review, not by oligarch-funded fact-fudgers, but McMaster University medical researchers, found the specially-made, tight fitting N95 respirators offered no benefit over loose-fitting medical masks in preventing laboratory-confirmed viral respiratory infection (including coronaviruses).

As anyone with a functioning brain should have realized by now, the global police state charade has nothing to do with preventing a virus with a 99.85% survival rate. 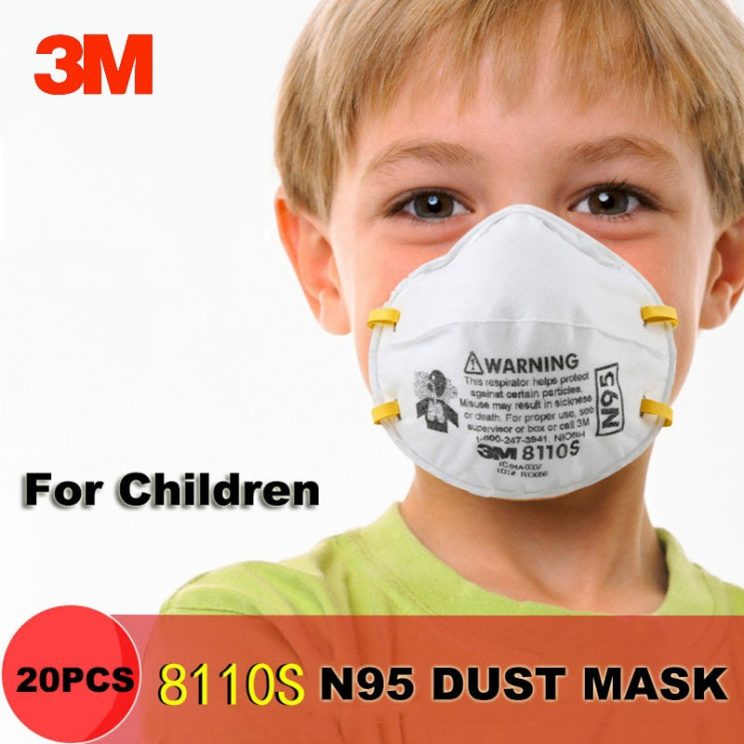 Conditioning the younger generations to be compliant, unthinking robots.

Vaxxxination is the carrot-on-a-stick being used to entice people into getting the poison dart, on the pretext that once everybody does so, everything will be hunky dory and the draconian police state restrictions can be eased.

But as the CDC researchers have unwittingly acknowledged, life will never go back to normal simply because a majority of gullible people have agreed to be injected with dubious pseudo-vaccines.

Israel, Iceland, Singapore and Australia are especially lucid demonstrations that not only does vaxxxination not work, but it doesn't lead to an amelioration of restrictions. Quite the opposite: It is invariably followed by a spike in case counts, which invariably leads to more restrictions. 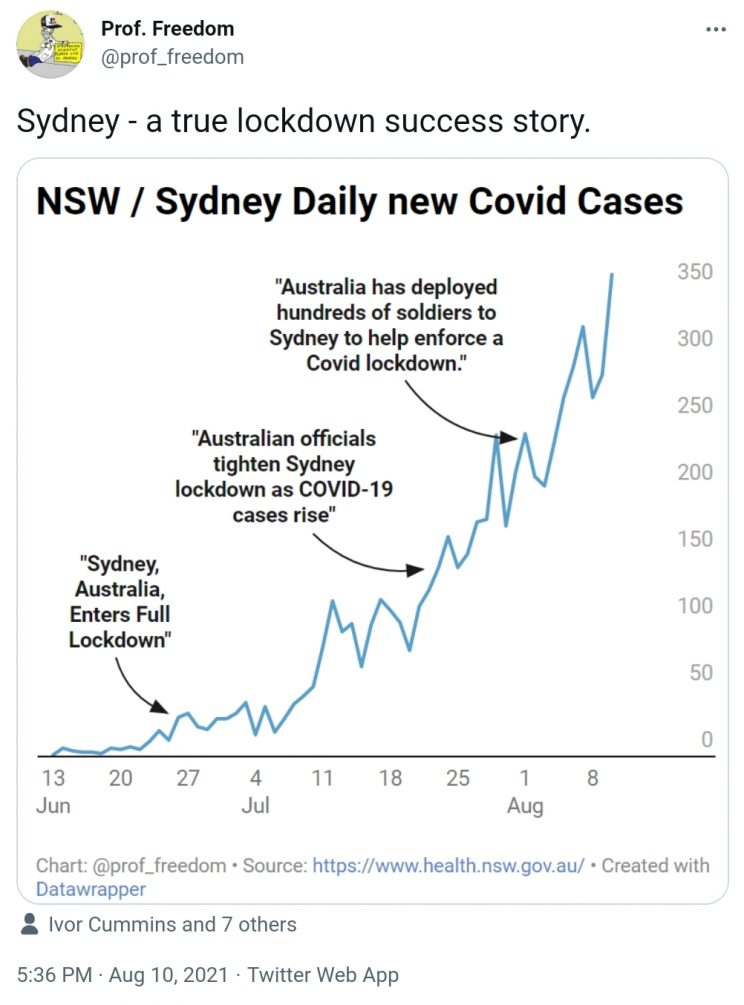 Sydney, the largest city on the prison island of Australia: Vaxxxinations and lockdowns are not only useless, but counterproductive.